Is Gucci Made in China?

Is Gucci Made in China? 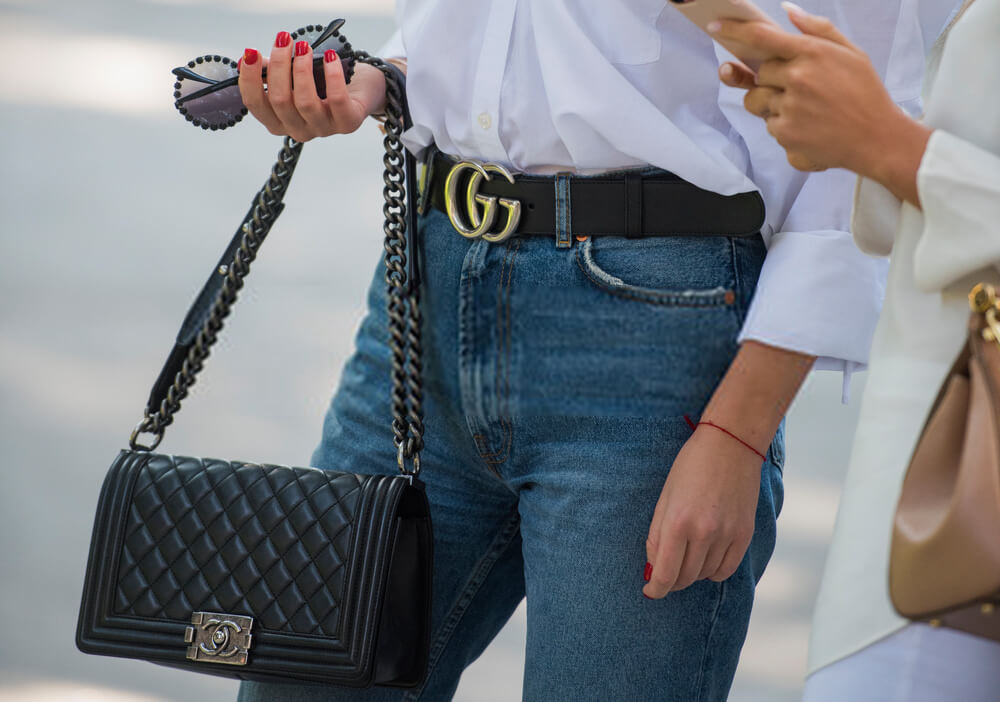 Would you believe it if someone said that your favorite Luxury branded product was made in China? Most likely, such a person would be received by looks of disbelief or disdain but it’s actually very true.

Some of the most prominent brands are manufacturing in China or at least some of their parts. Such names include Prada, Dolce & Gabbana, Burberry, Armani, and Louis Vuitton among others. Some of these brands have been in China for decades.

For example, China has been making Burberry for the last thirty years. Others like Dolce & Gabbana do mention the correct country their products are made in. But is Gucci made in China?

There is a lot going for Gucci as a business to move to China. But there are also things equally damning against such a trajectory.

Gucci’s sales have been growing in China over the years. They also make a lot of sales in Europe from Chinese tourists. However, due to the spread of Covid19 this year, traveling became banned and they saw drops in sales.

The spread of Covid19 has made a lot of brands and companies re-evaluate their strategy towards Asia. Being one of the biggest continents, it’s in Asia where these brands have left to grow. And China is a large chunk of Asia.

Related Post : How To Tell If a Gucci Bag is Real | 7 Easy Steps

So let’s explore the reasons why Gucci could benefit from moving to China. And also the reasons that would keep Gucci from making such a decision.

Reasons why Gucci would be in China

It’s possible and also beneficial for them if they are. Let’s look at the two major reasons why this could be true for the company:

One of the reasons why it would make sense to believe Gucci manufacturers in China is because of the Kering Luxury Group.

Kering used to be a timber trading company that eventually grew to enough prominence to start making acquisitions of other companies. They changed their name to Kering the luxury group in 2013. But, they had started the acquisition of luxury brands well before that.

In 1999, they were known as Pinault-Printemps-Redoute. They bought 42% of controlling shares in Gucci and 100% for Yves Saint Laurent. These purchases marked their entry into the world of luxury and define them moving forwards. They also purchased Balenciaga (2001), Girard-Perregaux (2011) and continued buying into luxury brands until 2014.

This is a no brainer. China has been moving up in the world precisely for its reputation for delivering mass productions at cheap rates. And with Gucci’s competitors moving to China, would it really be smart of them not to join the fray?

Most people would be concerned about the quality produced by the brands. And quality is exactly what Gucci is known for producing. But considering how many luxury brands are in China now. It is safe to assume that China can and does produce quality when it comes to luxury products.

They can handle delivering the required quantities on time. If Gucci is getting the same quality in China but for labor that’s less than 1/10th the cost. It would only be reasonable that they consider hiring Chinese contractors to start manufacturing for them.

Another side to this is the profit. Reduction in the cost of labor will increase their profits ten-fold and businesses exist to make a profit.

Reasons why Gucci would not be in China

Is Gucci made in China? It’s unlikely, Gucci has personal reasons to avoid entering China with manufacturing. There are three main reasons that why doing would be bad for them:

Being the most prominent brand in the world, Gucci has had a very hard time trying to crack down on counterfeits of their product. For years now they have been filing lawsuit after lawsuit against many China-based websites. Those websites have been selling fakes of their products.

Gucci has also warned Alibaba and JD.com. That until their websites list sellers who sell faux versions of their products, they will not be willing to open stores on the sites. It of course does not help that most of these counterfeits of Gucci products are actually manufactured in China.

Given Gucci’s frustration with the counterfeits and success with lawsuits. It is fair to say that Gucci is not comfortable making it vulnerable to the Chinese counterfeit market. Since China is one of the largest markets making counterfeits of luxury brands. it would only be a matter of time even more counterfeits start selling, once Gucci moves to China.

Post World War 2, China has been hard at work reinventing itself as a manufacturing hub. They have been targeting mass production for the lower segment of the world’s markets. And this decision has been a great one for China. This is the reason the country has moved up in the world.

China has become one of the leading economic powers of the times. They have a fast-rising middle class that is traveling the world and purchasing luxury brands, all thanks to their very strong values.

However, while this move worked out great for China in terms of economy. It hasn’t worked out so well for PR in regards to brands and luxury. China has a reputation for producing “cheap” or “low quality” products with very little life span. Another unfortunate reputation China manufactured products have is that they are so cheap that if they break down, it’s just easier to purchase a new one.

For Gucci, association with China could spell disaster in the long run.  Even if China produces high-quality products that are comparable to the Italian production. Consumers might drop Gucci for another “Made in Italy” brand. And for this reason, Gucci would not choose to align, at least publicly, with manufacturing in China.

Italy already has cheap Chinese labor. The 1990s saw the first wave of immigrants from China. Over time these people have been working in mills making clothes. At one point, Gucci among other luxury brands was already using them. The products made in these mills are sold with the “Made in Italy” label.

Through these mills, the world of European fashion has been able to maintain quality over their productions. All the while making high amounts of profits with cheap labor. It’s possible that it was through these mills that Gucci ended up with counterfeits of their products in the first place.

However, Gucci has reportedly cut off the use of such mills. They also reported that they will keep a strict check over their supply chains. These mills are also infamous for poor working conditions of the labor and in some cases employment of illegal immigrants working under duress.

Should Gucci move to China?

With their competition already moving to China, it would be smart on Gucci’s part to make the move themselves. Doing so would give them increased profits and lower their production cost. Their parent company already has brands that are now manufacturing in China.

The country also has decades’ worth of experience producing the quality of all levels and with all types of products, ranging from clothes and shoes to electronic devices.

The opportunity is too good to miss. Added to this is the fact that China is seeing a rapid increase in its middle-class consumers. China is already a huge market for fashion. The increase in the middle class is very important for businesses who are busy working out details to make the most beneficial deal with the country.

But taking the opportunity also has its drawback, specifically, for Gucci. China is also the country that produces most of the counterfeits available on retail and on online websites. If Gucci moves manufacturing to China, it could lead to a spike in the counterfeit market.

Despite Gucci’s ongoing efforts to curb them. Gucci has already attempted employing Chinese labor through mills in Italy and had to cut off working with them due to the conditions of the labor. It was not a good look for a luxury brand like Gucci to be using the mills to profit off the poor labor.

After cutting them off Gucci reported to keep better scrutiny over their supply chain and have made efforts to improve their image in regards to awareness of social justice.

Are real Gucci handbags made in Italy?

Yes, Gucci purses, handbags and wallets are made in Italy.

Where Gucci watches made?

Gucci watches are made up in Switzerland.

Is Gucci cheaper in Italy or France?

No. Gucci prices are same in all around the world.

Where is Gucci Manufactured?

For now, we can only be uncertain and theorize why they would or would not be in China. Until then Gucci remains “Made in Italy”.

Gucci is one of the brands that has not yet make any announcements that confirm or deny that they manufacture their products in China. They still sell their products with the label of “Made in Italy” and the only way to be sure is if they make an official announcement.

Where Are Saucony Shoes Made?

Where Are Vans Shoes Made?